The location of the poles and their extreme conditions make them ideal places to study science that relates to the entire planet.

During International Polar Year 2007-08, 10,000 scientists from over 60 countries undertook research for a better understanding of how the Earth is changing so we can predict as accurately as possible the impact that climate change will have on our environment and way of life.

IPY in a nutshell

International Polar Year (IPY) 2007–2008 was the largest co-ordinated international scientific effort for 50 years. From ice sheets and space science to Arctic communities and the creatures of the Southern Ocean, IPY included more than 200 Arctic and Antarctic projects and harnessed the skills of 50,000 people – including scientists, students and support staff – from 63 nations.

IPY has taken place three times.  The first was in 1882-82, the second in 1957-58 and the third in 2007-08.  Through these years scientists from around the world worked together in a concentrated burst of polar science and exploration. The most recent IPY was timely in helping our developing understanding of the Earth’s climate system. As the Earth warms, the polar regions are warming most rapidly. Polar science is crucial to understanding how our world works – as well as our impact upon it.

Although remote and inhospitable, the poles are Earth’s most powerful natural laboratories. Locked in the ice are climate records stretching back almost a million years, while the high, dry Antarctic plateau gives astronomers a clearer view of the universe than from anywhere else on the planet.

Using everything from satellites to automated underwater vehicles to gather data, scientists involved in IPY were able to paint an extraordinary picture of the state of the Earth’s land, sea and air at the start of the 21st century.

IPY was sponsored by the International Council for Science and the World Meteorological Organization.

Both poles are great for science, but they are not identical! Although they have lots in common there are also big differences. 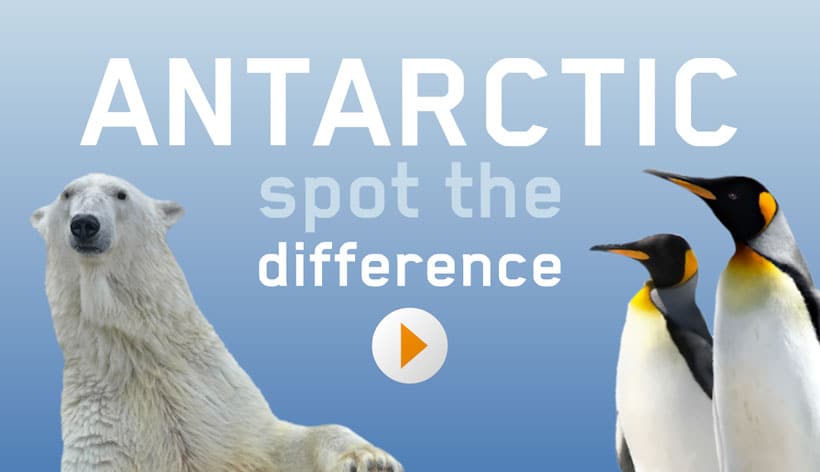