Science is really significant in Antarctica because unlike most other areas of the world, it remains relatively untouched and all activities are carefully controlled and monitored.

Science is really significant in Antarctica because unlike most other areas of the world, it remains relatively untouched and all activities are carefully controlled and monitored. The scientific studies in Antarctica are often ones that cannot usually be conducted elsewhere and help our understanding of global environmental issues including climate change, ozone depletion, sea level rise. Antarctica is also a barometer of climate change.

Why is science an important part of the Antarctic Treaty?

Article II of the Antarctic Treaty expressed that scientific investigation and scientific cooperation should be free to continue.

Science on Antarctica has global significance for the future or our planet. Using the match up activity, find out what scientists are doing on Antarctica to aid in global understanding of our planet.

What scientific activities are carried out in Antarctica 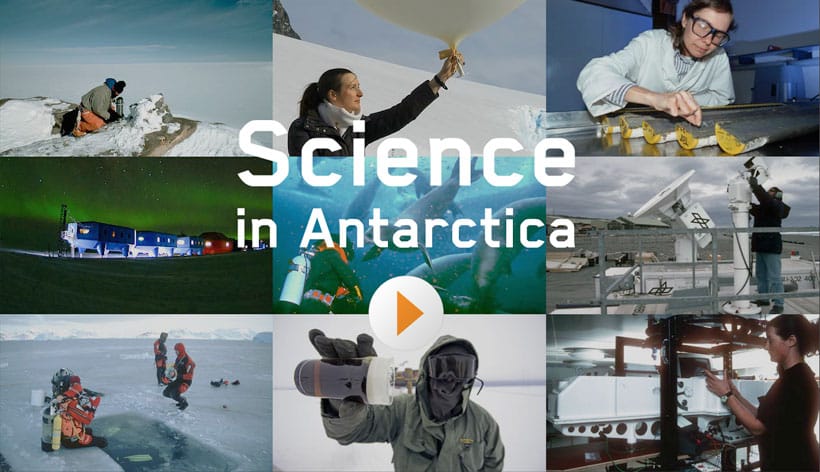 Connect the statements in this quiz to find out what scientists are doing in Antarctica to aid global understanding of our planet.

January has been a very busy month for science here. We have been studying the Wandering Albatross. My colleagues Darren and Robbo have continued to mark out Wandering Albatross nests where eggs have been laid. At the end of the month we were all able to complete a census for the Wanderer for the whole island. This was to get an accurate figure of how many nests were still successful.

The seal team of Ewan and Don have been able to relax a bit more this month. Now that the seal pups have been born, it’s not necessary to trek twice daily to record numbers. Most of the big males have now given up their precious territories on the beach and headed back to sea. The young pups have become more inquisitive as the month has passed and have begun to explore their surroundings. It’s certainly a challenge for the seal mums who after returning from their foraging trips have to trek around the place to find their own pup. As far as I can tell, this is done mostly by sound and confirmed by smell.

Back on station our technician Flea has been working away with the continual maintenance tasks needed to keep a research station running smoothly. He’s happy for us to help him out and it’s great to see and learn how all the different parts of the station work.

That’s about it for January,
John

Science on Antarctica is for the good of mankind and the planet. However despite the careful control and monitoring of activities, the presence of scientists on Antarctica has led to some significant environmental impacts over the years.

Activity 1: What a waste

Producing waste in Antarctica is much more serious than at home. Waste is dealt with in a variety of ways.

Research and prepare a short presentation for the rest of the class on one or two of the following methods of waste management on Antarctica:

You may like to use powerpoint or sugar paper to present your findings. Use the following links to help:

Activity 4: What does the Antarctic Treaty say about waste?

The Madrid Protocol of Environmental Protection of 1991 was adopted as part of the Antarctic Treaty System due to concerns about ensuring that the environment was legally protected. Under the Protocol countries are required to clean up sites polluted in the past to prevent further damage to the environment and to deal with present day rubbish according to the rules.

Annex III of the Madrid Protocol refers specifically to waste disposal and management.

How would you deal with the following items of waste on Antarctica?