Food from the freezer

Who’s eating who? The inhabitants of Antarctica’s waters depend on different plants and other organisms for their food. Many of them have a mixed diet. At the same time, they can be the favourite food of other organisms that prey on them. 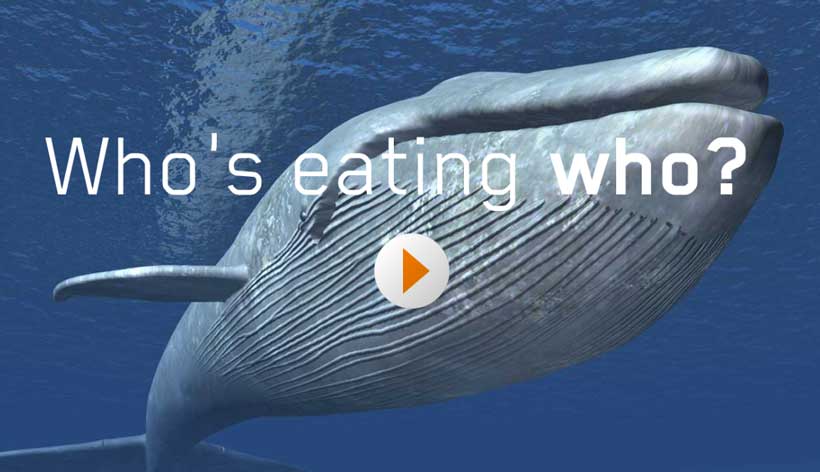 A text version of the activity (Word)

Which plants or animals eat, or are eaten by others, is called a food web

There would be no life in the Southern Ocean around Antarctica without energy from the sun. Through photosynthesis, microscopic plants called phytoplankton that float near the water’s surface trap and use the sun’s energy to grow. Phytoplankton are called producers because they produce their own food and form the first ‘trophic level’ (stage or feeding position) in the food web.

Antarctica’s marine food web is not as complicated as in other environments, as it is made up of only a few trophic levels. Download more information.