Antarctica is designated as a continent of peace and cooperation, but it hasn’t always been. Find out more about how the spirit of co-operation has developed and is demonstrated in Antarctica today.

Since 1908 seven nations have made formal claims to parts of Antarctica. During the 1940s and 1950s these competing claims led to diplomatic disputes and even armed clashes. In 1948, Argentinean military forces fired on British troops in an area claimed by both countries. The ‘scramble’ for Antarctica intensified in the 1950s. By the end of 1955 a number of countries had created over 20 bases in the Antarctic Peninsula including Argentina, Chile, Britain and the United States of America.

The Antarctic Treaty is set within the context of the Cold War, a time when the USA and the Soviet Union were involved in a standoff involving nuclear weapons. The USSR was also beginning to show interest in Antarctica and there were fears that Antarctica could become a pawn in the Cold War. Diplomats designed a treaty setting Antarctica aside as a military free zone and precluded future territorial claims. The treaty was signed by 12 nations (the original 7 with claims on Antarctica plus South Africa, Belgium, Japan, and the Soviet Union). The treaty came into affect in June 1961 and now forms the basis of all policies and management in Antarctica. 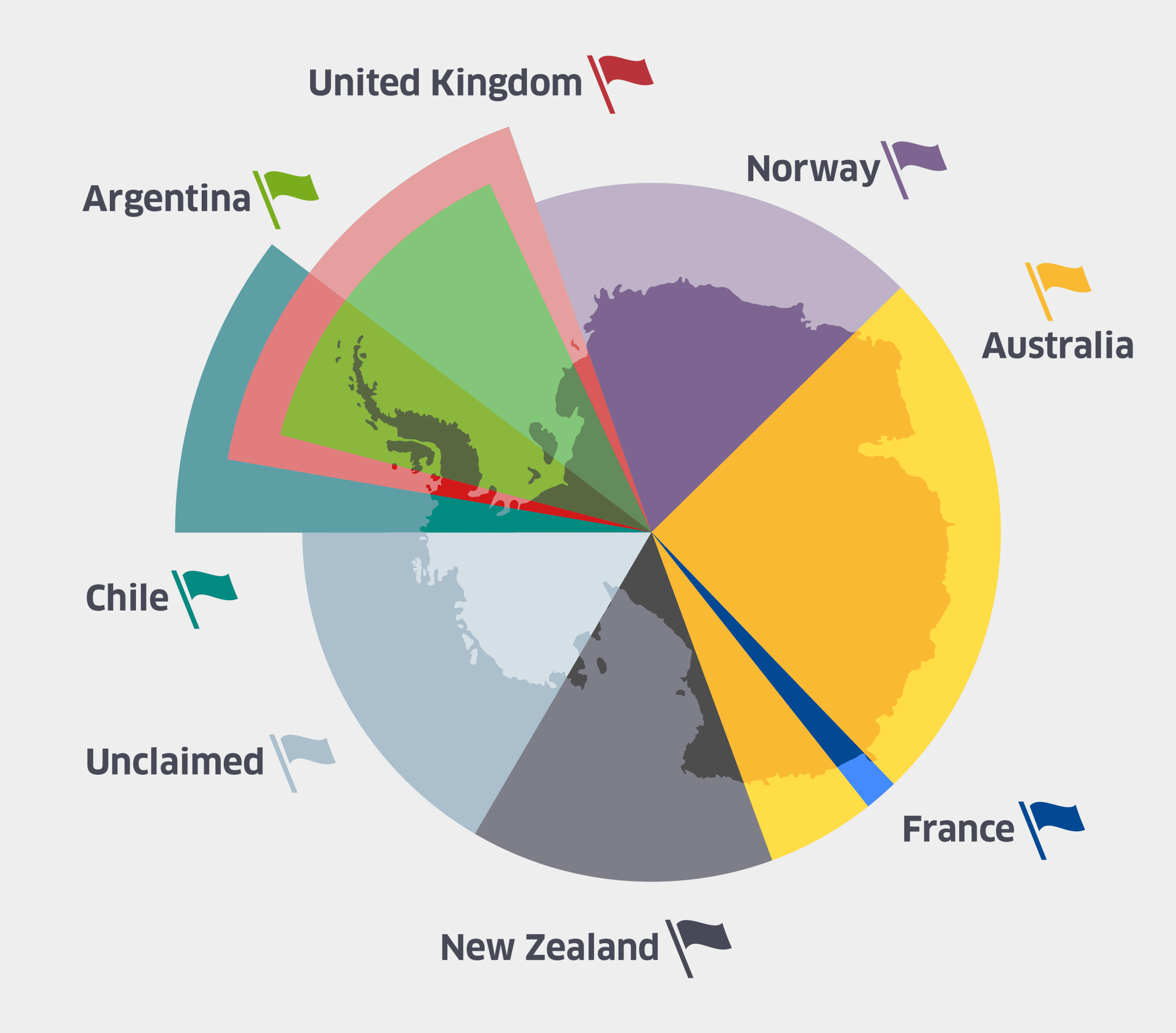 The purpose of the Antarctic Treaty is to ensure, as the preamble notes that: “in the interests of all mankind that Antarctica shall continue forever to be used exclusively for peaceful purposes and shall not become the scene or object of international discord.”

Antarctica is designated as a continent of peace and cooperation. Find out more about how the spirit of co-operation is demonstrated in Antarctica by looking at the pdf:

The Antarctic Treaty system ensures that Antarctica is protected as a place for peace and science. However, some groups may want to apply for permission to use the land, sea, animals or plants of Antarctica for reasons that may conflict with the aims for the Treaty.

The Treaty has 14 Articles governing peace, co-operation, science and the putting aside of sovereignty claims.

The provisions of the present Treaty apply to areas south of 60° South Latitude, including all ice shelves. Decisions about the marine areas come primarily under the purview of the Commission for the Conservation of Antarctic Marine Living Resources (CCAMLR, entry into force 1982). CCAMLR is part of the Antarctic Treaty System and meets annually in Hobart to set the regulatory framework for the conservation of the Southern Ocean ecosystem, including through fisheries management. The Commission is made up of 25 Member States, and operates on the basis of consensus. Commission meetings are held in parallel with the meeting of the Scientific Committee, and preceded by meetings of its subsidiary Working Groups on Fish Stock Assessment and Incidental Mortality Associated with Fishing.

A UK proposal to designate the world’s first high seas marine protected area (MPA) was successful at the Commission for the Conservation of Antarctic Marine Living Resources (CCAMLR) meeting held in Tasmania in October 2009.

The MPA for the South Orkneys is just under 94,000 square kilometers, which is more than 4 times the size of Wales. No fishing activities and no discharge or garbage disposal from fishing vessels will be allowed in the area, which will allow scientists to better monitor the effects of human activities and climate change on the Southern Ocean. It is the world’s first internationally agreed high seas marine protected area. The MPA includes important sections of an oceanographic feature known as the Weddell Front, which marks the northern limit of waters characteristic of the Weddell Sea and the southern limit of the Weddell Scotia Confluence. The Weddell Scotia Confluence is a key habitat for Antarctic krill, one of the main species harvested in the Antarctic and a key focus for CCAMLR. The MPA also includes important foraging areas for Adélie penguins that breed at the South Orkney Islands, and important submarine shelf areas and seamounts, including areas that have recently been shown to have high biodiversity.

It is hoped that the South Orkneys MPA will be the first link in a network that will better conserve marine biodiversity in the Antarctic. It will help conserve important ecosystem processes, vulnerable areas, and create reference sites that can be used to make scientific comparisons between fished areas and no-take areas. Such networks will become increasingly important as climate change impacts become increasingly evident in the future. 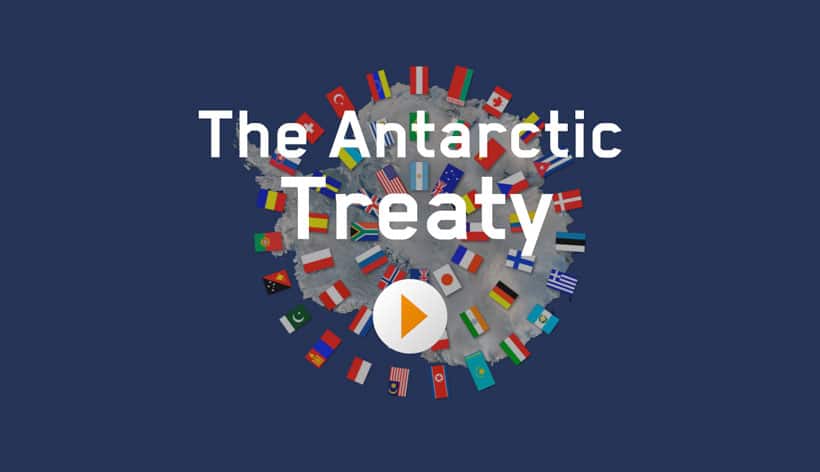 Test yourself! What do you know about the Antarctic Treaty?