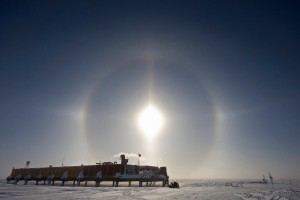 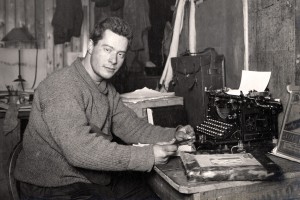 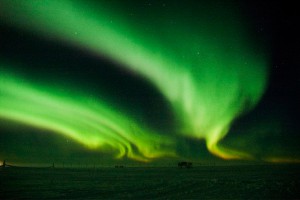 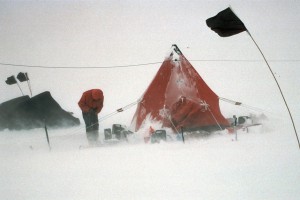 High winds making life difficult at a field camp. No work today! These winds are around 30 knots, often 60 knots are encountered but few photographs are taken then! 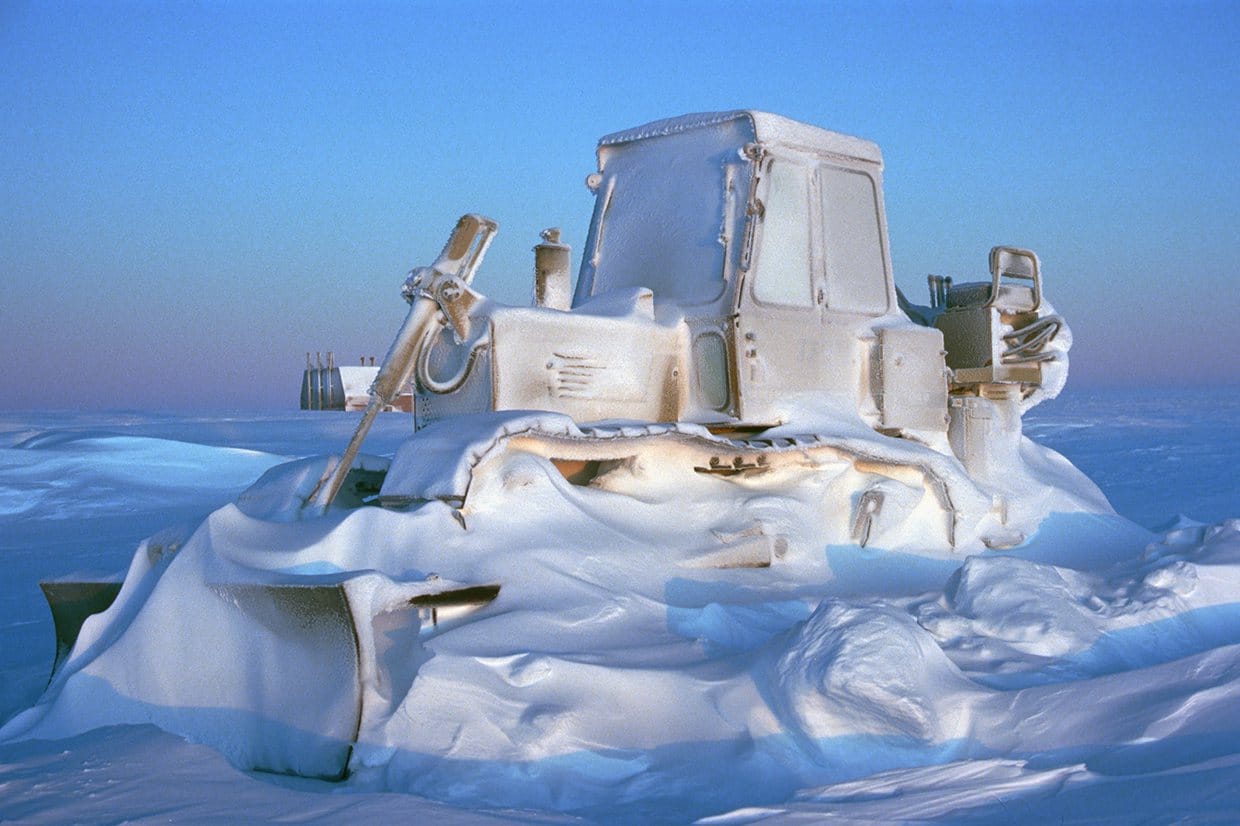 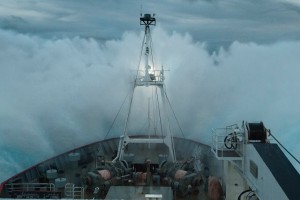 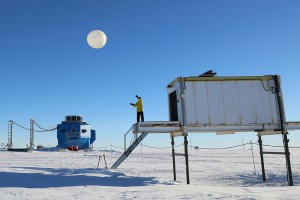 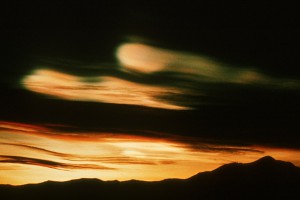 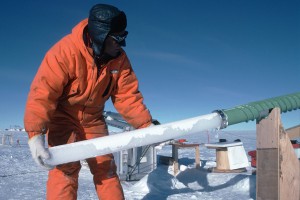 Shallow ice core drilling at Dome C. The ice core will be used to study the climate for the last 2000 years. Here the ice core is extracted from the drill barrel. This image is associated with the 2005-2010 BAS science programme: CACHE- Climate and Chemistry: Forcings, Feedbacks and Phasings in the Earth System. 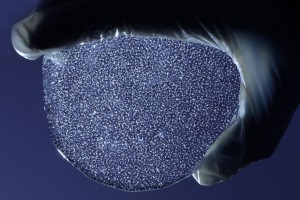